The green, the blue, the red and the pink schools 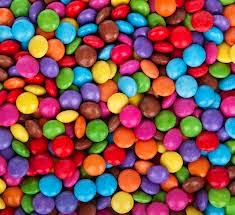 This is a presentation I did in a workshop in Conakry, Guinea, back in 1993. It has a story. It happened at a UNICEF workshop on non-formal education. I had to explain the differences between formal, non-formal and informal. Never clear and never easy to explain and make people understand. After struggling with words, I decided to use colors instead. With the help of a few  transparencies, color makers and an overhead projector I improvised a history of education: the green, the blue, the red, and the pink schools. It worked! The audience applauded enthusiastically at the end. It felt like a performance. My UNICEF colleague, Cyril Dallais, who co-ordinated the workshop with me, convinced me to put the story in writing. I did it. Many called it a poem. It became a great success, especially in Africa. In 2001, ADEA invited me to present it in its Biennale in Tanzania. I translated it into Spanish. It doesn't feel the same ...


T hey had built and lived all their lives with these green schools of theirs,
green as the landscape and the mountains they had grown accustomed to.

They cultivated the language of the body,
the art of observing and touching,
of listening and speaking.

They learned while playing and while working,
from folktales and dances,
and from the advice of the elderly.

The curriculum was life
and learning a life-long commitment.

A nd then, one day, the blue-eyed men came with their blue schools,
blue as the ocean that had brought them there.

Common knowledge was denied in the classroom
playing, singing and dancing were labeled "extra-curricular"
the written word was placed in a shrine
wisdom was declared the property of teachers and books.

The ties between education and life
between the school and the community
became thinner and thinner.
A sophisticated term -- "informal education" --
was invented for something as simple as life learning
and learning for life -- until then the realm of the obvious --
came to entail complicated curriculum planning,
search for relevance and "life skills" packages.

T he blue schools, with their blue power,
began to spread all over,
like the lakes and the rivers
and soon someone started to speak of the "Blue System".
Blue became synonymous with good, modern, advanced.

And although many green children started to go to the blue schools
and were forced to learn in the new blue language they did not understand
no one could stop them from learning in their green homes and communities
their green values and their green curriculum that was useful for life.

W ith time, inevitably, with so much green in and around them,
blue schools began to look a little green,
a little greenish.

Green schools, inevitably, also changed
for good and for bad.
Some disappeared, some survived,
some remained unchanged, tied to the past,
some evolved with time, open to the present and to the future.

T he Blue System, with its formal garments and circumspect manners
made soon evident its inadequacies and problems
and new words were necessary in order to name them:

Curiously enough,
blue schools
with their long checklist of weaknesses and vices
began to be called "traditional schools"...
just as they had once called the green schools!

And so great confusion arose
and nobody could understand anything anymore.

Some, enthusiastically, went even further:
another system!
a Red System!

Many welcomed the idea
and dedicated themselves vehemently to building the new
red
non-green
non-blue
schools.

A nd so renovators and innovators came to the conclusion
that red had to be spread all over
not in a separate Red School System
but in all schools, green and blue,
taking the best of both
working with children, youth and adults
in community meetings and government assemblies
using songs and poems
formal documents and comic strips
newspapers and fliers
television and radio
at home, at the workplace, in the church.

T hey have initiated the painting
and the pink schools that are starting to result and to blossom
make the green and the blue behind them look much brighter.

No habla espanol, but

Thank you for this poem/post. It captures for me the deep problem of education. Organized from the top, well intended for the most part these days, but precisely wrong.