Lifelong Learning for the North, Education for All for the South 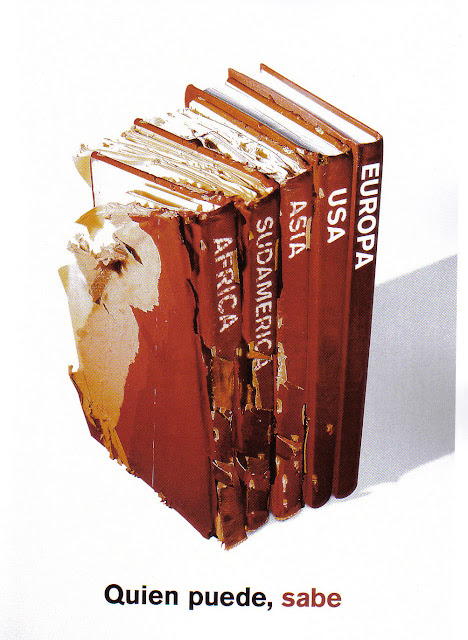 Abstract of the presentation at the International Conference on Lifelong Learning “Global Perspectives in Education
(Beijing, China, 1-3 July 2001)


This conference was delivered at an event on lifelong learning in China in 2001. Education for All (EFA) had just been expanded for 15 more years, until 2015, and the Millennium Development Goals (MDGs) had just been approved (2000-2015). I had started to promote Lifelong Learning as a paradigm not only for the North ('developed countries') but also for the South ('developing countries'), and was annoyed with the Millennium Development Goals' narrow goal for education - complete primary education (4 years) - at a time when the North was moving towards lifelong learning. Today, MDGs are history; the education goal was not reached worldwide and four years of school proved insufficient, anyway. Today, its successors, the Sustainable Development Goals (2015-2030), want pre-school, primary, secondary, higher, technical, vocational, and lifelong learning for all, in the South and in the North ... So, why am I not happy?

At the beginning of the 21st century we are witnessing an expansion, rather than reduction, of the gap between the North ('developed countries') and the South ('developing countries') in terms of education and learning.


In the context of the emerging 'Knowledge Society', Lifelong Learning - "from the cradle to the grave" - has been adopted in the North as a key political, societal and educational organizing principle for the  21st century. At the same time, basic education – often narrowly understood as primary education - is prescribed for the South. The deficit ideology behind North-South relationships and aid seems to ignore the heterogeneity of so-called 'developing countries', where high illiteracy rates and low schooling may coexist with sophisticated education, training, research, intellectual production, scientific and technological development.

The World Conference on Education for All – EFA (Jomtien, March 1990) adopted an 'expanded vision' of basic education understood as the foundation for lifelong learning. Such 'expanded vision' comprises children, youth and adults learning in and out of school, and a broad understanding of their basic learning needs. Jomtien’s vision, however, was never translated into practice. EFA international partners themselves – UNESCO, UNICEF, UNDP,  the World Bank and UNFPA - as well as other international agencies did not follow this approach. Education recommendations and policies for 'developing countries' continued to replicate a restricted notion of basic education - focused on children, schooling and primary school - and a restricted notion of basic learning needs where basic ended up being understood as minimum.

The World Education Forum (Dakar, 2000) acknowledged that EFA goals had not been met and extended the deadline until 2015. Jomtien’s goals were ratified but the  'expanded vision' of basic education was no longer central to the overall framework. Primary education became the ceiling in the Millennium Development Goals - MDG adopted in 2000 by the United Nations system, the World Bank, the International Monetary Fund, and the Organization for Economic Cooperation and Development (OECD). The term "Universal primary education" was used to mean completing four years of school ("survival to grade 5" is the indicator for this MDG goal). Furthermore, the emphasis on children shifted to an emphasis on girls in the education agendas of most international agencies.

The EFA agenda lacks a holistic vision of education and learning, and of the formal school system as such – pre-primary, primary, secondary and tertiary education - in relation to basic education goals and to meeting the basic learning needs of the population. Youth and adult education continue to be viewed as remedial and compensatory, addressed to the poor, and focused on literacy rather than on wider adult basic education. Obviously, this is not the appropriate framework for the development of Lifelong Learning, both in concept and in practice.

Globalization and Knowledge Society for All means Lifelong Learning for All. The North knows it and acknowledges it for its nations. The South must strive for it, fighting against double standards and global inequities, hopefully with the collaboration -- rather than against the will and advice -- of the North and the international community.

Some of these ideas have been developed in other publications by the author:

▸ "Knowledge-based international aid: Do we need it, do we want it?", in: Gmelin, W.; King, K.; McGrath, S. (editors), Knowledge, Research and International Cooperation, University of Edinburgh, Centre of African Studies, 2001.

▸ One Decade of "Education for All": The Challenge Ahead. Buenos Aires: IIPE UNESCO, 2000.

▸ "Improving the Quality of Basic Education? The Strategies of the World Bank", in: Stromquist, N.; Basile, M. (ed.). 1999. Politics of Educational Innovations in Developing Countries, An Analysis of Knowledge and Power. NewYork-London: Falmer Press, 1999.