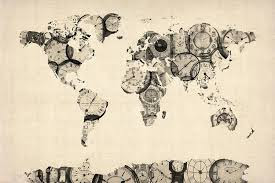 Strictly speaking, however, there is no 'Education in the 21st Century'.

▸ The century is just beginning

We can hardly visualize one or two decades ahead. The world could not anticipate, and prepare for, the 2020 deadly global pandemia. Who can tell what the planet, human life and education will be like in 2050? Nobody can anticipate what can happen in 100 years, and in this century in particular, characterized as one of big uncertainties, rapid changes, major crises and catastrophes.

- About 1 in 4 people live in multidimensional poverty or are vulnerable to it.- More than 40% of the global population does not have any social protection.
- 840 million people live without electricity.
- Over one thousand million people has no drinking water and 2 in 5 people have no facilities for hand-washing.
- 6.5 billion people – 85.5% of the global population – don’t have access to reliable broadband internet.
Source: UN/UNDP 2020


The 21st century is not the same for everyone. Millions of people do not enjoy the benefits of modernity and comfort, do not have running water, toilets, electricity, decent work and housing, reading and writing, good education opportunities, basic services and basic citizenship rights.

Inequalities - within each country, between countries, between the global North and the global South - become structural: extreme poverty and extreme wealth, hyper-consumption and misery, overinformation for some and zero information for others, the illiterate and the overqualified, the connected and the disconnected.

The Internet - which the 'developed world' takes for granted at this point - remains out of reach for half of the world's population.

There is no education in singular, as a universal fact and as a homogeneous experience. There are educations, in plural, diverse in nature, purposes and qualities, because realities, cultures, ideologies, aspirations and needs of concrete social groups are highly diverse. And because education is not confined to the education system; there is education in the family, in the community, at the workplace, through the media, participation, social service, etc.

Education and learning needs and experiences are shaped by specific economic, social and cultural contexts and conditions. Community and family education models shaped historically by indigenous populations, many of which continue to operate in many countries worldwide, have different logics and epistemologies.

Internet-based education and learning continues to be a possibility for a minority.
There are no one-size-fits-all education formulas for all.

▸ Education in the 21st century?

Education in the 21st century is diverse, placed historically in this century and geographically in each specific context, and does not necessarily correspond to the '21st century' vision coming from the 'developed world'.


Skills needed are different or have different priorities for different people in different places, cultures and circumstances. Lists of "21st century skills" circulated by international organizations are generally conceived and proposed from the North, for eminently urban realities. Childre, young people and adults living in poverty, need and develop skills than enable them to survive in very difficult circumstances, help and take care of their families, learn and share in their communities. The 'top 10 21st century skills' circulated worldwide in 2016 by the World Economic Forum and adopted acritically by millions of people in the North and in the South, have little to do with the skills real people need in 2020 to deal with the global covid-19 pandemia. 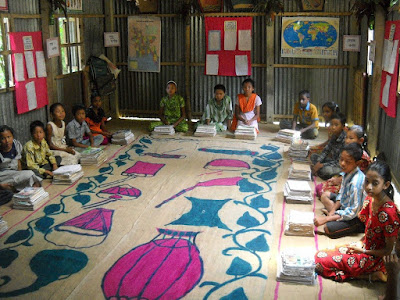 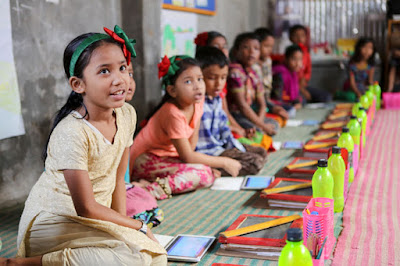 
I learned about BRAC and got in contact with its education programme while working as a senior education adviser at UNICEF's Education Cluster in New York, in the early 1990s. From the start, I became fascinated with BRAC's 'non-formal primary school' concept. This programme, initiated in 1985 with 22 schools, attempted to address the needs of the poorest sectors in Bangladesh, especially in rural areas. The specific aim was to attract girls, who were mostly absent from schools.

I visited Bangladesh twice, in 1993 and in 1995, and had the opportunity to see BRAC's non-formal primary schools in action. Together with Manzoor Ahmed, UNICEF Programme Director at the time, we wrote a dossier called Reaching the Unreached: Non-formal approaches and universal primary education, (UNICEF, 1993). BRAC's non-formal education programme was one of the experiences included in the dossier. BRAC's programme was also included in Education for All: Making It Work - Innovation Series organized jointly by UNICEF and UNESCO right after the Jomtien Conference on Education for All (1990). Dieter Berstecher (UNESCO Paris) and I (UNICEF New York) coordinated the project. (In 2000, 10 years after the Jomtien conference, the series was transferred from UNESCO Headquarters to PROAP, in Bangkok. See issue No.14 dedicated to Lok Jumbish, in India). 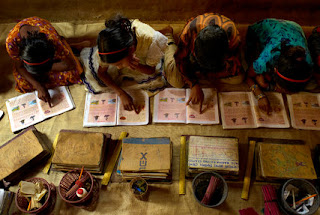 One thing that astonished me was the basic and pragmatic wisdom with which BRAC was developing the programme. The first step was conducting a survey to find out why parents were not sending their daughters to school. Three major reasons came out: 1) the school journey was too long (they needed girls to help at home with domestic chores); 2) teachers were mostly men (parents expressed they would feel more comfortable if there were female teachers in the schools); and 3) the school - when available - was too distant from home.

1) shortening the school journey (3 hours a day), rethinking the entire school calendar (more months in school, no long holidays), and adjusting the curriculum to fit those time arrangements (the idea is to complete the nation's five-year primary school cycle in four years);

2) identifying women in the local communities and providing them with some basic initial training so that they could act as teachers; and

3) building schools that were closer to home. 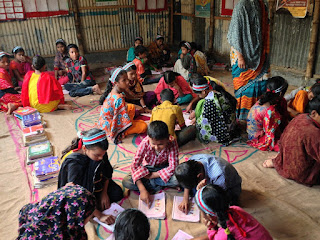 BRAC's non-formal primary schools were the simplest and nicest schools I had seen in poor rural areas. One-room schools built with local materials, with the help of the community. Bright, clean, colorful. Small mats on the floor for the children, a medium-sized chalkboard, posters and visual aids all around.

Children walked shorter distances to school and remained there only for 3 hours a day, so they could continue to help at home.

There were few women in the communities with a teacher certificate, so BRAC selected in each community women with the highest school level (often primary education) and interested in teaching, and trained them. Initially with a 12-day course, later complemented with monthly refresher courses and yearly orientation courses.

This is how BRAC managed to include girls who would otherwise have never attended school. By the time I visited BRAC the NFE programme was already a 'success story' attracting attention not only in Bangladesh but worldwide. Since then BRAC has continued to grow - it is today "the worlds' largest development organization" - and its education programme became a full education system. It remains free of charge. It reached also urban slums, it incorporated e-learning and it includes now a university and a network of mobile libraries. In terms of learning results, BRAC's NFE schools do not lag behind government formal schools; on the contrary, their results are ahead of the country average.

BRAC's education programme has received numerous international awards, one of them the prestigious WISE Prize from the Qatar Foundation in 2011. I was happy to be in Doha, attending the WISE event, when Sir Fazle Hasan Abed, BRAC's founder and director, received the prize. 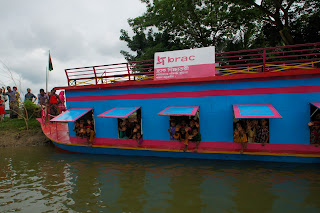 Girls' education remains a major issue worldwide, starting with early childhood and primary education. The problem continues to pose old and new challenges. Diagnoses and studies multiply, debates and fora repeat often what is already known, there is hunger for more data. In the middle of all that, I often remember BRAC's long and fruitful experience, its pragmatic wisdom, its short, medium and long-term vision, its consultation with families and communities, its permanent interest to connect with local needs and realities.

In times when everything seems to start from scratch and anything can be considered an innovation, it is essential to look back and learn from experience.

This is a bilingual blog. Most texts are published in Spanish. Here is a compilation of texts written in English (alphabetical order).

About 'good practice' in international co-operation in education
http://otra-educacion.blogspot.com/2011/11/what-would-be-good-practice-in.html

Adult Literacy in Latin America and the Caribbean: Plans and Goals 1980-2015
http://otra-educacion.blogspot.com/2011/05/adult-literacy-in-latin-amrica-and.html

Children of the Basarwa (Botswana)
http://otra-educacion.blogspot.com/2010/09/children-of-basarwa.html

Education in the Information Society
http://otra-educacion.blogspot.com/2011/05/education-in-information-society.html

From literacy to lifelong learning: Trends, Issues and Challenges of Youth and Adult Education in Latin America and the Caribbean
http://otra-educacion.blogspot.com/2011/05/from-literacy-to-lifelong-learning-de.html

Giving up to a literate world?
http://otra-educacion.blogspot.com/2013/11/giving-up-to-literate-world.html

Knowledge-based international aid: Do we want it? Do we need it?
http://otra-educacion.blogspot.com/2011/10/knowldedge-based-international-aid-do.html

Lifelong Learning: moving beyond Education for All
http://otra-educacion.blogspot.com/2011/02/lifelong-learning-moving-beyond.html

Lifelong Learning for the North, Primary Education for the South?
http://otra-educacion.blogspot.com/2011/11/lifelong-learning-for-north-primary.html

Literacy for All: A renewed vision
http://otra-educacion.blogspot.com/2011/02/literacy-for-all-renewed-vision.html

On education in Finland
http://otra-educacion.blogspot.com/2013/06/on-education-in-finland-sobre-la.html

On innovation and change in education
http://otra-educacion.blogspot.com/2013/03/on-innovation-and-change-in-education.html

One child, one teacher, one book and one pen
http://otra-educacion.blogspot.com/2015/10/one-child-one-teacher-one-book-and-one-pen-one.html


One Decade of 'Education for All': The Challenge Ahead (IIEP-UNESCO Buenos Aires, 2000, PDF)
http://www.iipe-buenosaires.org.ar/publicaciones/one-decade-education-all-challenge-ahead
http://www.buenosaires.iipe.unesco.org/sites/default/files/education.pdf

Six 'Education for All' Goals
http://otra-educacion.blogspot.com/2013/01/six-education-for-all-goals-seis-metas.html

The 4 As as criteria to identify 'good practices' in education
http://otra-educacion.blogspot.com/2011/10/4-as-as-criteria-to-identify-good.html

The green, the blue, the red and the pink schools
http://otra-educacion.blogspot.com/2010/10/green-blue-red-and-pink-schools.html

There is no "education for the 21st century"
http://otra-educacion.blogspot.com/2010/10/there-is-no-education-for-21st-century.html

The oldest and the youngest
http://otra-educacion.blogspot.com/2015/07/the-oldest-and-youngest-los-mas-viejos.html

The virtuous C (Keys for a renewed learning culture)
http://otra-educacion.blogspot.com/2013/01/la-virtuosa-c-virtuous-c.html

We are Latin America
http://otra-educacion.blogspot.com/2012/05/somos-america-latina-we-are-latin.html

What did the MDGs achieve?
http://otra-educacion.blogspot.com/2015/10/what-did-millennium-development-goals-achieve.html

What Happened at the World Education Forum in Dakar (2000)?
http://otra-educacion.blogspot.com/2015/05/what-happened-at-world-education-forum.html

What is 'basic education'?
http://otra-educacion.blogspot.com/2014/09/what-happened-to-expanded-vision-of.html

What is youth and adult education - today? http://otra-educacion.blogspot.com/2017/01/what-is-youth-and-adult-education-today.html

From School Community to Learning Community

Education is not limited to school education (schooling). Even if they are regularly used as equivalent, education system and school system are not the same thing. The school system is one, of many, education and learning systems, such as the family, the media, work, sports, etc.

Education is not necessarily equivalent to learning. Not all that we learn is a product of education (education involves teaching, someone occupying this role, in presence or at a distance).
- On one hand, much of what is taught in the school system is not learned.
- On the other hand, much of what we learn in life, from birth to death, takes place out of the school system. Nobody teaches it to us; we learn it informally while playing, talking, listening, doing, observing, reading, writing, working, watching TV, listening to the radio, navigating on the Internet, traveling, etc.

The school community comprises those engaged in the school life, at local or national level: students, parents, teachers, administrators.

Education community is a broader concept. It includes all those who are related to education in a broader sense, not restricted to the school system: the family, mass media, the workplace, sports, churches, etc.

A learning community refers to a community of learners, people of all ages engaged in different types of learning activities and processes, in and out of the school system.


- A learning community can be a classroom or a school: learning is placed at the center rather than academic achievement as measured by tests; teachers and students learn together and from each other.

- A learning community can be a local community, a territory - urban or rural, small or large - that decides to motivate and engage everyone in learning - children, youth and adults. For that purpose, the community gets organized in order to identify,  activate, and co-ordinate the various learning spaces and resources available in that community, whatever they are: child care center,  school, university, library, park, plaza, market, atelier, health center, museum, sports yard, music club, movies, theater, local radio or newspaper, zoo, internet cafe, community house, etc.

The table below summarizes some important differences between a School Community and a Learning Community.